For automatic processes and workflows that are updated often, keeping backups is important in case any unwanted changes are made or disaster occurs. WAM can be configured to automatically generate a backup of the workflow whenever an audit report is run. This allows users to keep a copy of the workflow that corresponds to each audit report. These backups are named with a timestamp just like the audit reports, making it easy for users to determine which workflow was used to create each audit report. To specify where these backups and audit reports are saved, go to File > Settings in the WAM interface.

In the Settings window that pops up, select an Output Path by clicking Browse and navigating to where the outputs should be saved, then click Apply. Next, go to the Backups tab in the settings window and ensure that automatic workflow backups are enabled. 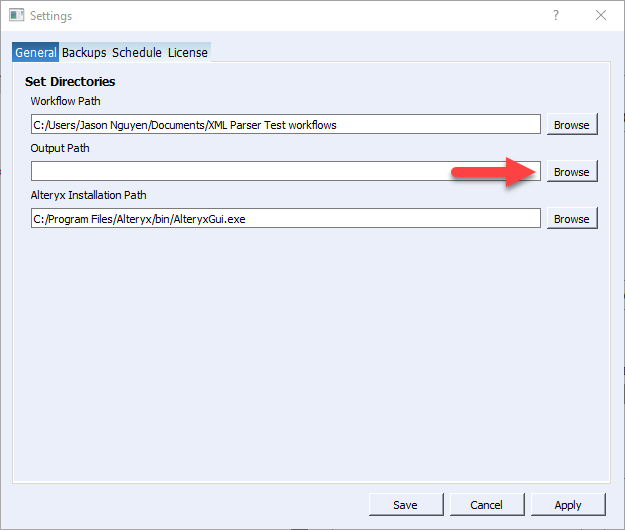 The next time an audit report is run, three folders will be made in the file path specified: Audit Reports, Flow Graphs, and Workflow Backups. A copy of the workflow being audited will be saved in the Workflow Backups folder.

When performing mass updates on workflows, it becomes more important to keep backup copies, since it can be difficult to keep up with every change made. WAM handles the backing up of workflows slightly differently when performing mass updates. Rather than creating a new copy of the workflow, the original workflow is not altered at all. Instead, a new workflow is created that applies the changes made using WAM.

By default, these new workflows have a timestamp included in the name, just like the audit reports. This can be controlled using the Version Control to specify how the new workflow should be named. For example, an accountant uses a workflow monthly to reconcile trial balances but updating the workflow tool by tool to specify the correct month takes quite a bit of time. Using WAM, the accountant can update most of the tools in the workflow at once – changing any month references from August to July. With the version control, the resulting workflow is labelled to show which month it corresponds to, while the original workflow remains unchanged. 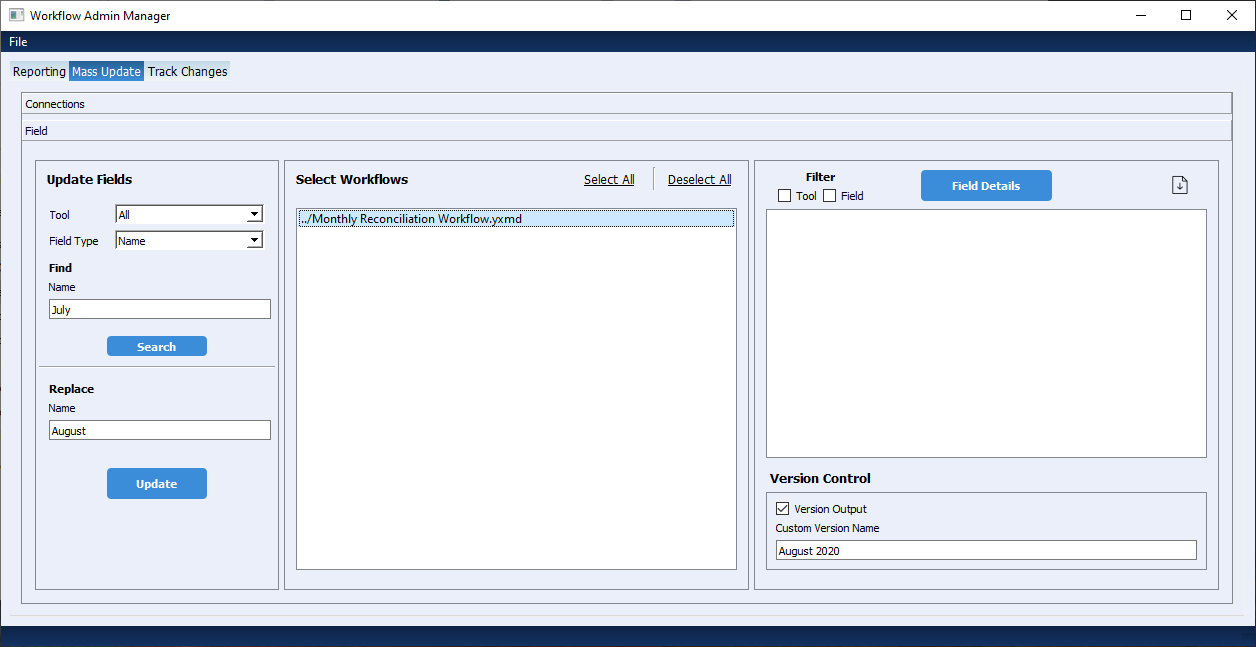 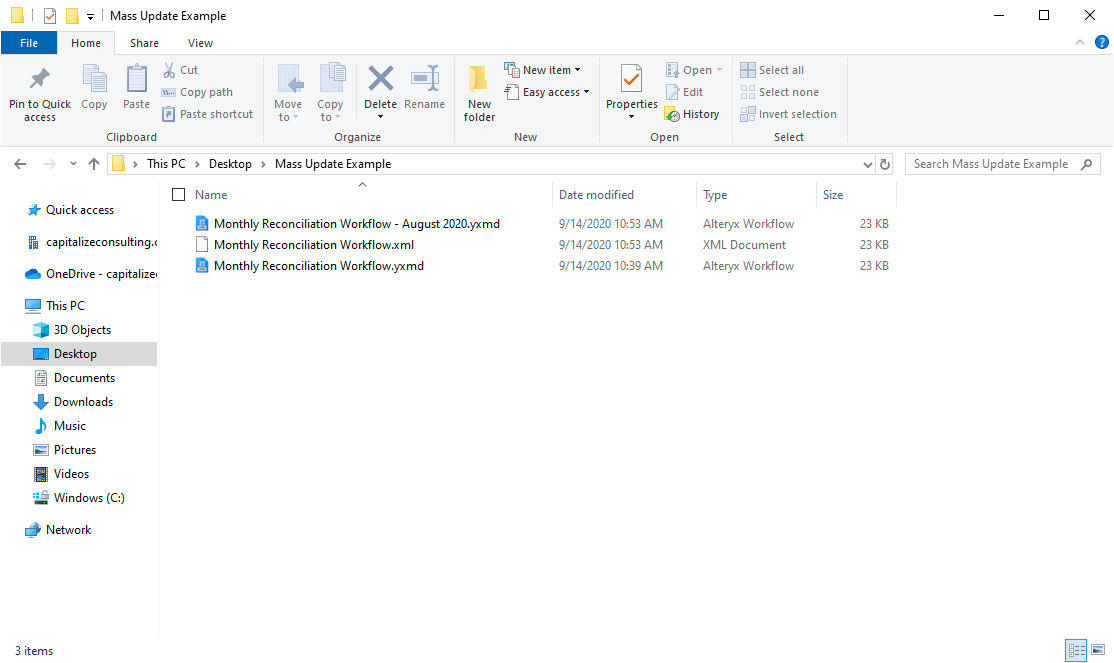 WAM allows users to specify tool types as well as which items to update (such as field names or expressions). If the mass update is configured to update more than necessary, the formula may be altered incorrectly, as shown below.

Once this happens, the changes cannot be reverted using the mass update tool – thus, keeping backups is crucial when performing automatic changes to a process. Rather than going through every tool or expression in the workflow, the accountant can use the original, unchanged workflow to create a new version – this time making sure to not change the expressions. Keeping backups of workflows for every audit report or mass update ensures that users can keep track of updates and revert any unnecessary or incorrect changes that cause workflows to work incorrectly.