One of the main draws of Alteryx is the ability to use a workflow over and over again – simply make sure that the input and output tools are pointing to the right place. Relative paths make this easy if your data always has the same name or sheet name; you would just move the workflow to a new folder with your new data.

But what if your monthly data is labelled with the name of the month, or contained in a YTD file with different tabs for each month? Your workflow will not be able to find SupplierData_July2020.xlsx in your August 2020 folder, and it can be a real pain to go into your workflow and point each input/output tool to the correct files. This is where Workflow Admin Manager can help, by updating your connections all at once. Let’s say you have the workflow below, where you get a bunch of data from six different sources, all labelled with the month in some way. 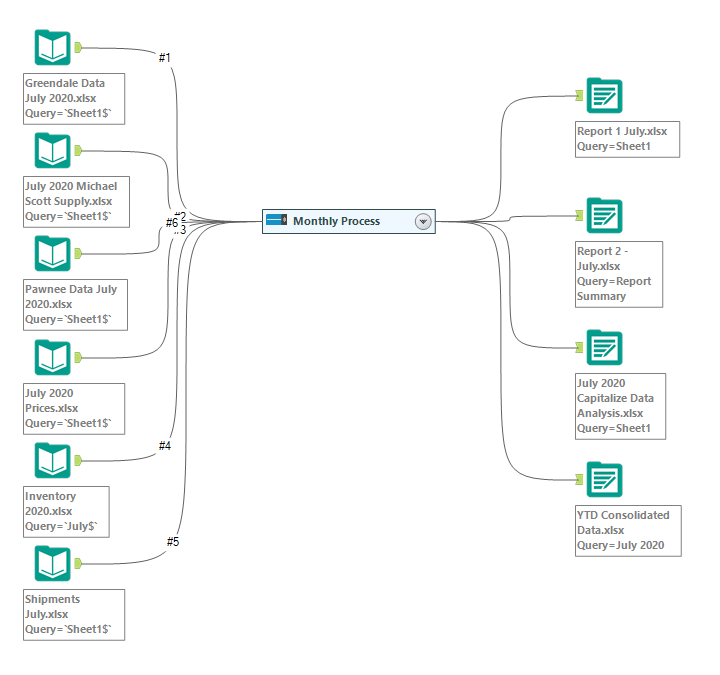 Since the input files always have the name of the month on them, updating this workflow to work for August 2020 is not as simple as using relative paths and moving the workflow to your August 2020 folder. Instead of manually pointing each one of these input and output tools to the correct files, we can use WAM to create a new workflow with the correct file paths in seconds. 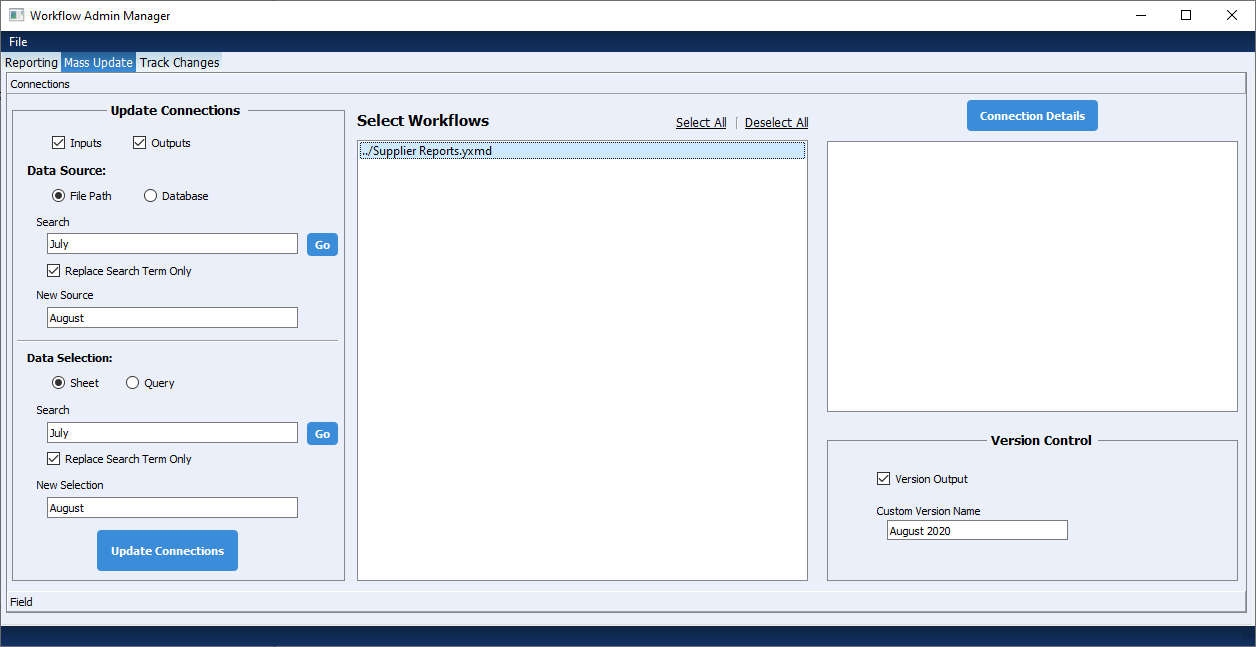 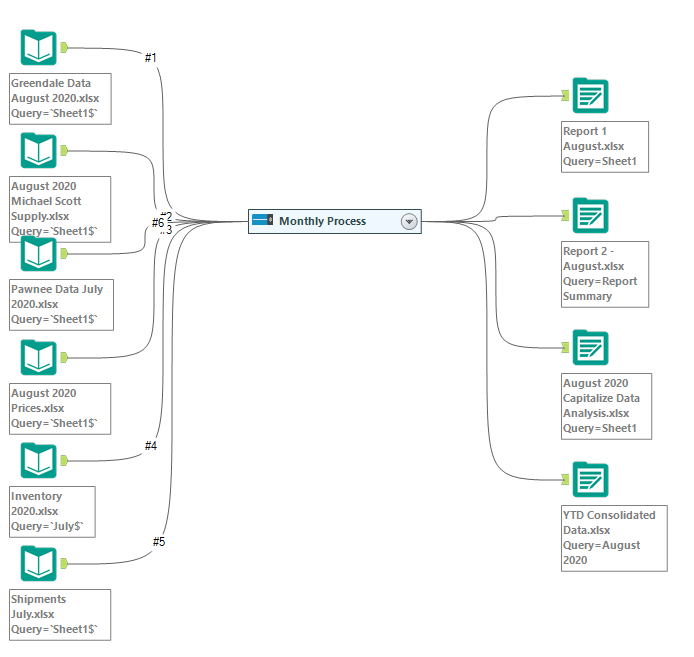 With this configuration, WAM generated a new version of the “Supplier Reports.yxmd” workflow, titled “Supplier Reports – August 2020.yxmd” with all the data connections pointing to August data rather than July data. These updates can be specified to be input only or output only as well, and sheet names are treated differently from the actual file path.

WAM can mass update database and query connections as well. This is useful when comparing results between a Dev and a Prod environment. For example, you are making a workflow that will read and write data to your company’s SQL server, but you do not want to make any actual changes until the workflow is complete and thoroughly tested, since other people are using the data on the server. Because of this, you work in your company’s Dev environment, an exact copy of the SQL server that you can alter without effecting anybody else’s work. Once you are sure that your workflow is ready to be used, you want to change the connections to the main Prod environment. Normally, you would have to update each connection manually, but with WAM, all you need to do is perform a mass update on the database being queried, since the structure of Dev and Prod are the same.

Another use for switching between a Dev and Prod environment could be comparing results. If a user is working on a monthly estimate and receives some last-minute data updates, he or she will not want to restart their process from scratch. Instead, they can load the new data into their Dev environment, quickly update the workflow connections to pull from the Dev environment, and compare the results to see if the changes are material enough to be included on their estimate.

The mass update feature of WAM can also be used to change tables being queried or any pre-Alteryx operations specified in the query. Being able to quickly update the file and database connections saves time and ensures that your workflows can be reused as often as needed, regardless of how your data is named when it comes in.