We asked our consultants, “How Does Workday Adaptive Planning Help FP&A Teams?”

Here’s what they said!

Finance departments often feel like they spend so much time planning and budgeting, they never manage to get to the analysis portion of FP&A. Many companies start off building their budgeting models in Excel, which can work great initially and then spiral out of control as the company grows. Frantically trying to consolidate hundreds of files for the budget presentation to the Board is neither effective nor sustainable.

Using software to scale your budget model will allow your team to spend their time more productively and prevent you from waking up in a cold sweat, plagued by nightmares of people inserting random columns and rows into your budget templates, or (gasp!) overwriting formulas.

Workday Adaptive Planning can handle the complexity of logic contained in Excel models and more, but without requiring manual touchpoints. You can restrict user access and create guardrails to prevent the wrong data from being written over, saving you from the panic of realizing your EBITDA only looks as good as it does because a formula in one of your many workbooks isn’t updating correctly. Adaptive also has the advantage of versioning, allowing for as many versions as you desire while you iterate through the budget process, eliminating the need to reference a file named Consolidated Budget Final_Final_Final_v4.xlsx until the next budget cycle begins. Let’s delve into the various ways Adaptive can save FP&A teams both time and, just as importantly – sanity.

Here is an example from one of our consultant’s personal experiences as a financial analyst:

“When using Excel to budget, it would take a full day, minimum, to consolidate any mass changes made across 60+ locations. Once we transitioned to using Adaptive, the CEO asked me if it would be possible to consolidate all the updates we had discussed by the end of the next day, and I was able to tell him he could have them right now! I had been actively making the changes in Adaptive as we talked through them, and the new consolidated view was ready to go – instant gratification. This goes for drivers and assumptions as well, if you need to update the working days in month or IT costs per FTE, it can be done in a single place rather than having to update assumptions in multiple Excel templates.” – Laura Bast, Capitalize Consultant

Example of a version dropdown in Adaptive. Versions can be grouped into folders so that you can retain PY versions while still having a clean selection list. The padlock symbol indicates a locked version:

Keeping track of Excel model version changes can be frustrating and confusing: 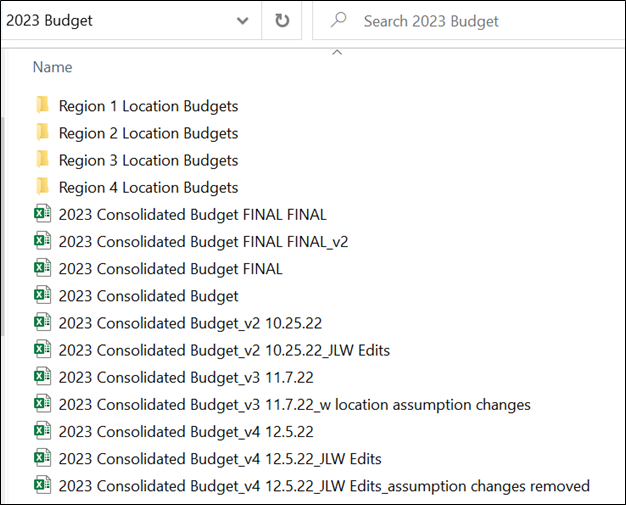 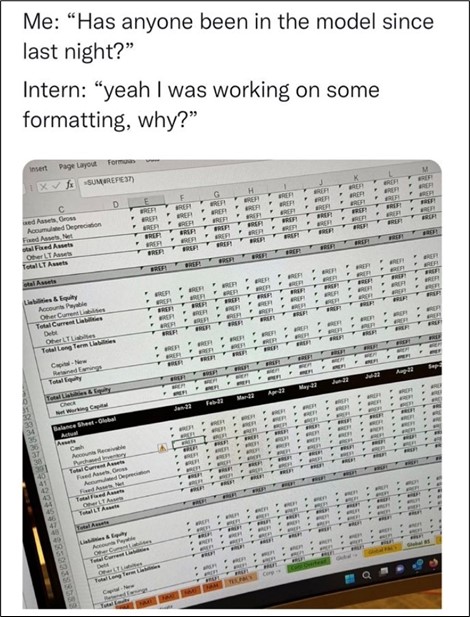 Let’s explore some of the Workday Adaptive features:

Versions in Adaptive provide peace of mind and allow FP&A teams to control the narrative.

You can be as granular or as high-level as you want, eliminating the worry of inconsistent formulas while still allowing for nimble changes when working through the budget. Taking it a step further, Adaptive gives you the ability to drill into every cell, both within the sheet and reporting views; this allows you to see where numbers are coming from and how they are being calculated, which is incredibly handy when you need to trace through the logic or analyze outliers in your data.

The Explore Cell view below indicates that the formula is multiplying a telephone amount per FTE assumption by the FTE amount for the specified version/level (Working Budget/Sales – East).

This is the view within the Formulas section of Adaptive.

Too often FP&A teams are spending a significant amount of time each month reworking reports for things like formatting, the addition of new locations and accounts, and ad hoc requests. Adaptive offers web-based dashboarding and reports within the tool itself and an Excel add-in called OfficeConnect. 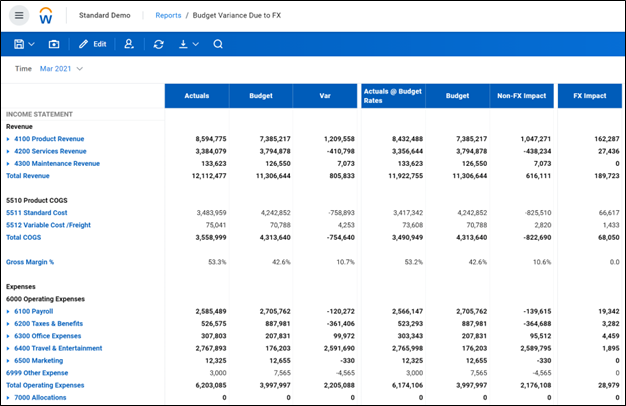 How much time do you and your team spend repeating manual processes? How much does your mental health suffer from stressing about the annual budgeting process? You and your team can save hundreds of hours by moving out of Excel and into a budgeting tool, enabling you to analyze your data and your team to be the trusted business advisors they were hired to be, rather than getting stuck in the rut of repetitive tasks and the consolidation of files.

This is only the tip of the iceberg of Workday Adaptive Planning. Please reach out to us with any questions and keep an eye out for more upcoming blog content!